Welcome to the AK-CSS Members Forum! Please sign up to join the discussions.

The Reply Box below should contain details that answer the following questions about your project:

In Attu Boy, Nick Golodoff was six years old when his peaceful life in a remote Aleutian village was interrupted by the invasion of the Japanese army in 1942.

How does Nick’s story of enemy invasion, occupation, and finally becoming a prisoner of w

In Alaska Native Cultures and Issues, in the section titled, “What is important to know about Alaska Native cultures?” The author points out that, 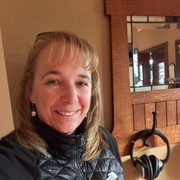 Which themes were highlighted in the Migrations lecture?

The lecture highlighted the many different land regions of the diverse state of Alaska. Stretching from arctic lands to the fertile river and mountainous areas that have drawn the people to tho

Read your copy of Alaska Native Cultures and Issues.

Respond to the following 3 questions: